● In 2020, The project which was from the Guangdong Provincial Department of Science and Technology had passed the acceptance inspection and was recognized as the industry-advanced level.

● In 2015, the national standard of High Speed CNC Gantry-type Engraving and Milling Machine with Fixed Crossbeam released officially, which was drafted by KEJIE company independently. The Standard No.: GBT31557－2015.

● In 2014, KEJIE company was awarded as Provincial Enterprise Technology Center.

● In 2012, JIATIE CNC controller for engraving and milling machine was recognized as the Guangdong High-tech Product.

● In 2005, JTGK series products are identified to reach the national advanced level by Guangdong Science and Technology Department.

● From 2005 to 2009, KEJIE company was honored as Guangdong High-tech Enterprise. 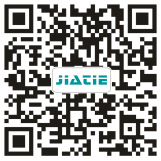